Normal Is Over The Movie 1.1. Rough cut of new version completed 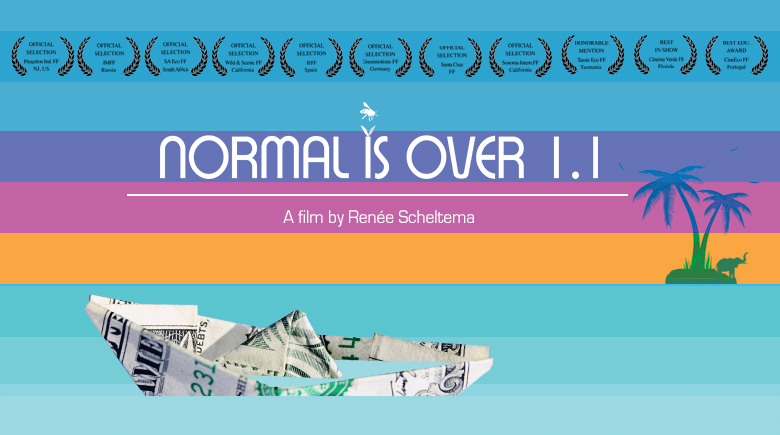 NORMAL IS OVER THE MOVIE, THE NEW UPDATED VERSION IS NOW AVAILABLE FROM THE WEBSITE . (English version only- ..for now..)

This award-winning documentary is connecting the dots: A look at the financial and economical paradigm underlying our planetary problems, while offering various SOLUTIONS to reverse the path of global decline.

We created ecocide under the relentless pressure of an outdated profit based economic system. We need to become aware that we are nature, and that we have to stop converting “free” natural resources into money. Our 200 year old economic system needs a make-over!

#NormalisOver is about humanity’s wisest responses to climate change, species extinction, resource depletion, income inequality, and the connection between these issues.

A big thanks to our partners who donated to our Foundation, and helped me create the new version this year. It took some extra time as I had to film new experts; raise funds; and then.. my laptop broke, so I had to master a whole new editing system:)

We will still be looking for your support to spread the word on a global scale, as there is not much time left!

The 8 translations, created by awesome volunteers from all over the world, still need to be adjusted.

We plan to create an educational version; a series; a new film and more. Once Normal is Over flies, we will update you about our research into a sequel documentary.

SCREEN THE FILM OR RENT IT ONLINE HERE.

Discover what’s new, spread the word and take ACTION! There is not much time left.